Demetrios J. Constantelos was a retired priest of the Greek Orthodox Church, a Distinguished Research Scholar in Residence and the Charles Cooper Townsend Sr. Distinguished Professor of History and Religious Studies, Emeritus, at The Richard Stockton University of New Jersey, Galloway, NJ. He served several Greek Orthodox Communities either as regular or visiting pastor, and the founding priest of three new Churches in New Jersey.

Dr. Constantelos was born in Spilia, Messenia, Greece. Soon after his graduation from the Gymnasium of Kyparissia, Greece, he received a scholarship to study at Holy Cross Greek Orthodox Theological School {BA.Th.}. He continued his education at Princeton Theological Seminary in the field of the New Testament and the Hellenistic Age {Th.M.}, and Rutgers University in Byzantine History and Civilization {M.A., Ph.D.}. In the course of several years, he has received scholarships, fellowships and honors and has taught at Rutgers University, Hellenic College, Boston College, New York University, and the Richard Stockton College of New Jersey from 1971 to 1996. He has travelled extensively and lectured at several universities, colleges, academic and public organizations in the United States and abroad.

He was the author of 15 books and many papers, including the following:

Poverty, Society and Philanthropy in the Late Medieval-Greek World (1992)

Renewing the Church: The Historical and Cultural Significance of the Canons of the Council in Trullo {2006}

From Mount Olympus to Mount Athos {2009}

Rev. Rev.Dr. Constantelos was the editor of several volumes of a religious, theological, and historical nature and the designated editor of twelve volumes of the late Archbishop Iakovos’s writings. He was a contributor of articles and essays to several Encyclopaedias, Encyclopedic Dictionaries, and collective volumes. He was an Associate Editor of the Journal of Ecumenical Studies at Temple University, and a member of the New Revised Standard Version Bible Committee of the National Council of Churches in the United States. For fifty six years he was the husband of Stella Croussouloudis, who died on March 25, 2010. He is survived by his four children: Christina, a plant scientist; John, a professor of political Science and International Relations; Eleni a literature specialist and story teller, and Maria, an Educator and his six grandchildren. He lived out his remining days in his home of over 50 years in Linwood, New Jersey. 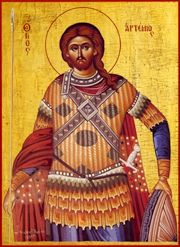 Tuesday of the 5th Week

Visit the Online Chapel for more daily readings, hymns, a monthly calendar of saints and feasts, and more.